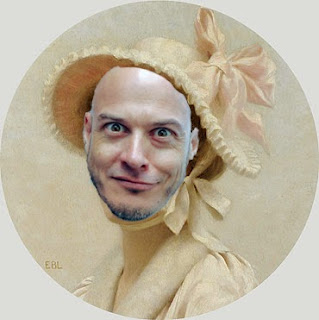 Dear God (or Goddess or Universe or Great Spirit or Hecate - or whatever you're going by these days.  Geez, we've gotten so politically correct.  Did you want us to do that?):

I am writing to you because I need to know that everything is going to be ok.  You see, I'm a big believer in you - in the fact that there is an energy, your energy, that runs through all of us - and that, since energy can never be created or destroyed, that there's a lot going on in the universe that we can't see.  But, you see, I'm the kind of guy who loves to understand shit and, since you are sometimes hard to understand - I am hoping that maybe you can give me some guidance.  In, like, a direct way - like a text or email - even better a letter.  Like old fashioned times. Like if you were Laura Ingalls and I was your even-more-country cousin who lived in a town with just one water pump.  Like, they all had to take a bucket to fill up and there wasn't enough for everyone, so people ended up fighting over water - THAT kind of country cousin. And you're Laura and you're writing to me by candlelight.  But, you leave out the parts about how Mr. Stoggins got his arm caught in the blades at the mill or how your sister became blinded in a freak case of scarlet fever.  A letter where you just get right to the good stuff (maybe you're running out of ink and Pa will yell if you use it all) - where you get right to the part where you teach me how to crochet a tablecloth or something.  Or, even better, where you tell me what life is and how to live it.  That would be great.

PS - ask Jesus to forgive me for the long tangent about Little House On The Prairie. It is he, after all, that wandered in the wilderness for 40 days.

First and foremost, you can call me Sheila.  I just like the way it sounds.  And, it's "Sheila" as in a boy's name.  And don't think too much about that.  Just sink into it and swim for a bit. "Wow, Sheila's turned into a fine lad!"  After awhile, it won't seem so weird anymore.

And I'm your Sheila, and everyone's Sheila.  And yes, you all have gotten way too politically correct. I mean, it's bad enough when you guys kill each other over silly differences (by the way you really need to work on that).  But, to be so stupid as to kill each other over me?   Really? Sheila ain't got time for that.

In your case, you know you're here for an important reason.  You've never even fully rested because of it, yet you rest easier than almost anyone, simply for knowing that our "reasons" are fulfilled no matter what.  Now that you're forty though, you've learned that it's far easier to listen to your "gut" than not.  I think now you know what to call that "gut feeling" - Sheila.  If you need to imagine it as a sassy, black woman in order to listen to it - or a swarthy Italian, or Colin Farrell in order to pay attention to it - then call it what you will and see it as you must.  But regardless, the feelings you experience are my voice within you. It is why no one can ever fool you when you are listening to your gut - because I will never lie to you.

And you ask, "what is life and how do I live it?"  Well, I think at forty, you already should know what life is, so I'm just going to summarize because the question is simply too silly for me:  Life is exactly what you see in front of you every day.  It's what you dream at night.  It's waking up. It's sneezing.  It's hugging.  It's wheezing.  It's hot days and cold days.  It's delays.  It's climbing.  It's rhyming.  Life is nothing more than what it is.  You figure it out if you're still confused.

And how do you live it?  Well, how have you been living it so far?  I watch you all the time, you know. You sometimes think you've lived life very unconsciously in a lot of ways - making decisions without fully thinking things through.  Putting up with a lot without fully understanding why, or your part in it.  Honestly, I'd love to tell you, "you think too much", as so many have done - because you do. But I won't.  I want you to think and consider and weigh options and decisions - not until your eyes bleed, but just to show that you have a voice and an opinion and a choice.  To think so much means to feel so much - again, each balances the other.  You understand how to feel deeply, so you think deeply.  And I want you to pat yourself on the back for doing this very naturally for so long.  For some, learning this lesson is the only reason they are here.

And one thing you've never lacked is a voice.  Sometimes those in your life might wish you didn't have the memory you have - the one that allows you to remember large passages from books and movies word-for-word and eagerly repeat them word-for-word to those around you.  But that memory is essential for your mission - one which includes writing and painting and communicating and relies on being able to share experiences and thoughts and feelings from memory.  And your voice has been both your savior and curse all these years - but it has always stood for one thing...justice.  Nothing has ever made you read someone their rights, or defend yourself or your fellow man more than when you or they were being treated unfairly.  I know you'd love to stop being a "fixer" and a "defender", but you know you'd never be happy otherwise.  It's just who you are.  You always believe that things will get better if you try, and I promise you - things do get better every time someone tries.

I have seen it all.  And my friend, you see much too, which has caused you many problems.  You see the beauty and the stupidity in what has been made on Earth.  And even worse, you see the beauty in the stupidity and the stupidity in the beauty.  You understand that there is such a thing as balance but that it only exists between two extremes of imbalance.  Balance that never remains permanently, but often enough that it all works.   Your voice has not always been vocal, but has mostly been heard through peaceful silence or compassionate rhetoric.  I am proud of you for that.  And, I hope you continue to understand my pride.  I didn't give you that voice for nothing.  Don't make Sheila angry.  You wouldn't like shim when she's angry.

And with this last thing - what did you expect?  You'd live the rest of your life without experiencing bone-breaking pain?  Please.  This is Sheila you're talking to.  You had 39 years where most of the pains in your life were simply over-aggressive bullies who had difficult childhoods but grew out of them.  You had rarely dealt with "really difficult", at least never closely.

But this time you did.  And I considered you important enough - and what you are here to do as important enough - to make you walk the hot coals of extreme hurt.  And look what you found out: If you concentrate, seek love and use all the gifts I gave you, you can walk right across those coals.

So, how should you live?  Well, how do you think you should live?  I think you've made some mistakes - but haven't we all? (I take full responsibility for ballet flats and Uggs becoming fashionable...they were a giant oversight on my part.) But, overall, I think you're doing just fine.

PS: Nellie got her hair caught in a spinning wheel and ripped out a large portion of her scalp.  Doc Wilson has covered it in leeches, but it looks like she'll be dead by Winter.