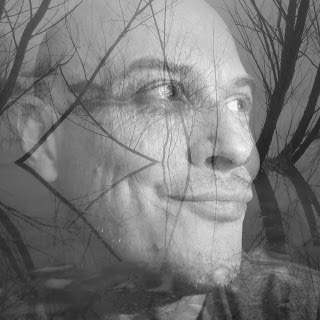 "I feel the magic, like I've never felt before.  I imagine that it's always been here.
There's an angel looking after me. Angel baby give me more and more and...."
-- Belinda Carlisle

I could talk about hurt, lies and betrayal -- but I don't want to.  Not anymore.  That shit's noise.  Let's talk about power instead.  Because hurt is simply power waiting to be unleashed.  The deepest wounds can unleash a power within us that shines so brightly that no one can ignore it - least of all ourselves.

I came home, confused, lost, heartbroken and, ultimately, angry and shattered.  It felt like emotional rape.  I didn't realize it then, because being sent home was designed to take away my power, my pride and all my familiar surroundings, but I was exactly where I needed to be.

I had found myself back at the source of my power -- on the land and side-by-side with the people who taught me to love everything and everyone, and to live compassionately.  I was floating in the waters where loved ones had taught me to swim as a baby, and climbing the hills and mountains that had tested, strengthened and inspired generations of my ancestors.  I was reintroduced to the knowledge that nothing truly matters but the soul, and that simplicity in happiness is always preferable to excess in misery.  And most importantly, I was smiling, laughing through tears, laughing without tears, hugging, kissing, loving, and being lifted up by a choir of people from all over the country, singing for me to carry on.  I was living.

Every day, I got up (or didn't get up, or slept until 4:00 pm) and found myself greeted by phone calls, messages and texts that can be summarized simply as "I see YOU."  These people, with their kind and open hearts, knew that there is no such thing as a winner in a bad situation.  There is no need to take sides, no need to hurt anyone further.  Most of all, they didn't even care if the lies were true -- they saw a soul in need and loved it dearly.  These are my people -- a tribe of love.  Never underestimate the impact you can have with a few simple words - "I see you."

People came into my life that I would have never expected.  Some reached out to help as if they could read my mind.  And as each one came, my heart and soul mended a little more.  They shared their own stories: some had lived my experience themselves; others simply wanted to share their support; and still more had questions about their own doubts and wounds.  After swimming in anger for weeks -- which I regret because it was beneath me, but am not ashamed of because it was warranted -- it was these peoples' words that built the ladder up which I climbed back to me.

I challenged everything.  Getting rid of the garbage that had wrecked my self esteem was easy -- I know who I am.  Then, I dreamed -- about where I wanted to go, what I wanted to do, who I wanted to love, how I wanted to live -- and I challenged each and every one of those dreams too.  Like a butterfly, I was shedding a cocoon caked with the filth and energy of those who tried to tell me, and anyone who would listen, who I was.  And some of that filth was mine too: guilt, regret, insecurity.  I realized that letting those feelings affect me so deeply had opened me up for the hurt I'd just gone through, and that releasing those feelings was key to avoiding it ever again.   I took back ownership of who I always had been. I wanted to know for sure that whatever I didn't want any longer was gone and that what was left was strong and beautiful.  I wanted to fly and I knew that if I just paid attention to what I was feeling and experiencing and seeing and hearing that I would soar in the right direction.

And as I started this transformation, I realized that I too was honing in on the pain in others -- reaching out to them at exactly the right time.  I was able to experience even greater gratitude for the help I had received by sharing it with others.  And, the power grew within me.  I realized that I was not scared of anything (well maybe spiders...and ballet flats).  No one and nothing can hurt you unless you let them.  I mean, after so much, you realize you've become a ninja, dodging attacks quicker than the eye can see, or batting them down with your nun chucks.  It's why I say that hurt is just noise.  People who try to hurt us are simply trying to bring us down to their level.  But it's so much nicer up here.  Do not let the noise distract you from being exactly who you are every day.  Just dodge the bullets and let them be them -- stay out of the game.

Because the game resolves itself anyway when there's only one person playing.  Walls built from lies have only one purpose: to hide the true spirit of the person building the wall.  Each lie depends on the others, like bricks, to support it.  Once a few of those bricks are removed, others fall.  Some of those bricks land on peoples' heads and they start paying attention to the deteriorating wall.  After awhile, so many bricks have been removed that it doesn't matter how quickly they are replaced -- the view on the other side has been seen.   And the saddest part of all is when you see what's on the other side -- a broken, crippled person whose soul is crying out to stop, but simply can't. The wall they've built is just too big and there are just too many bricks.

I promise you, you need have no part in this process.  The wall crumbles all on its own.  And you cannot change anyone who does not want to be changed.  Keep your eyes on your own paper.  Winning is about the ego and we are far above that.  And who truly wins when the game is one of hurt and despair and your opponent doesn't play by the rules?   When you stop playing, the game doesn't end, but at least you're not wasting your time playing a game you hate, right?  (By the way, if you're looking for me, I'll be sitting over here on the sidelines with a cold one.)

And the key to it all is that each and every one of us is a creator.  We all share the same divine energy that runs through everything.  When we help each other, we help ourselves.  And when we hurt each other, we hurt ourselves.  We are all here with unique and special attributes and talents that are meant for equally unique and amazing missions. Nothing in the world is more important than being exactly who we are.  Those who lie simply live in fear that who they are is not good enough.  Always live honestly. Always love openly and truly.  And always respect yourself enough to know when you've met a roadblock.  Nothing that is right in your life will ever stand in your way.

Dream about what you want.  Think about who you really are.  We're not here to be liked or adored, although it's a nice perk when we are.  We are here to be ourselves and to live in love.  Everything comes back to love.  It's kind of like, "if you don't have anything nice to say, say nothing at all."  But rather, "if you aren't acting out of love, don't do anything at all."  Only then will we be contributing to a better society, better relationships and our better selves.

So far, I've seen almost everything I dreamed for and worked for come to me in even better ways than I'd imagined. Last on the list is a man who will love me in the way that I love - overwhelmingly and unabashedly.  But, he can come along in his own time, because the guy I see in the mirror is the love of my life.

And as long as a spider doesn't crawl across my foot, I am fearless.