Look at you, you beautiful, imperfect thing 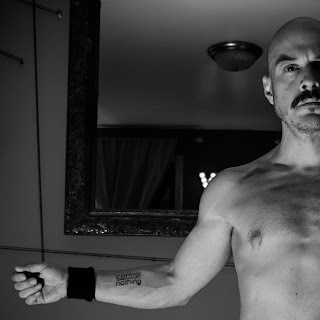 2016 is gone. And seemingly we have a lot to be thankful for in its departure. Tons of dead celebrities and a surreal and mind-boggling election aside, 2016 was a year of change for many of us if I'm to use social media as a guidepost. Yelling at 2016 was a major pastime this year for many of my friends and I often found myself feeling like 2016 was a bad house guest that just wouldn't leave—even if you told it that it could take home the cheap bottle of wine it brought to the party.

At the beginning of this year, I thought I had it all figured out. All the difficulties of the previous year had been overcome and I was finally able to take a breath and just enjoy it all. I thought I should be happy. But I felt like a mess. 2016 is the year I finally started trusting my feelings rather than my thoughts.

I've never liked to admit I have any imperfections. I also see too clearly every single one of them. I think I've always thought other people expected me to be perfect, but in fact, I was the only nasty nun whacking a ruler across my knuckles. I created my own complex—or if I didn't, I certainly accepted the complex without question. Once I went through a truly traumatic episode though—one that shattered everything I knew and thought—I lost all the "perfect" ground beneath my feet. The things that once defined me were gone and who was I now besides some imperfect creature, naked and scrambling for cover? I was humiliated in so many ways and humiliated is an awful feeling. I thought I'd left all that behind on December 31, 2015.

Earlier in 2015, I'd begun to realize that I actually didn't know myself.  I had a life that so many people would think was absolutely amazing, but I was perpetually sad. I could smile, but no matter what I did, I couldn't achieve joy. I had rebuilt everything in my life through a combination of sheer force and a bravery I've never had beaten out of me, but while all the props were in the right place on this stage that I had built to showcase my recreated, perfect life, I didn't know my lines and I had no co-star. Like most of us, rather than focusing on learning my lines, I decided to start with finding a co-star. Maybe they'd know all the lines and could teach me. And by the end of 2015, I thought I'd found that co-star. Problem was, he already had a boyfriend.

But it was that relationship that finally broke the facade of the life I had built. If I could cheat with someone, then who the fuck was I? Because both my old self (as well as the choir of phantom judges I always imagined around me) would not approve. But I really loved him, and the joy of new love was a feeling I hadn't felt in many years. It made me feel like I was truly alive again and realize that I had been dead for quite awhile. I realized that I wasn't perfect and had never been. I realized that I'd done far worse things in my life than cheat with a man out of love, and that I had to own those things and still love myself. Slowly I began to understand what it means to be authentic.  I had never been inauthentic in my love for others, but I had been an awful lover to myself. Everyone got unconditional love but me.

I experimented with everything. All of the parts of me I'd judged in the past got a chance to come out and dance in the sun. I showed the world these parts I'd thought were ugly and I realized it felt really damn good. I began to connect the need to make no mistakes with its sources, and to understand that what happens to you can't be changed, but you can be. It was in my power to choose how the events of my life changed me. And I slowly un-fucked myself.

The relationship with this man I loved was both beautiful and a piece of shit. It was a mirror of what I was experiencing inside and of who I am—a beautiful, imperfect creature who wants to be better than he is. In a way, he did teach me my lines. The need to be anything other than my entire self at every moment died, and with it the relationship. But that's how lessons go—they end when the bell rings.

For the rest of the year, I chose to learn my lines. To be my own co-star. I had been a supporting cast member my whole life. But I always wanted to be in the spotlight and to do that, I had to know my character. Get into his skin and think the way he thinks. Become him. And that's what I'm doing.

As 2016 came to a close, I was no longer so naive as to think I am done. A mere date on a calendar doesn't mark the closure of my growth, nor of my problems. But, as a good friend of mine said to me, "Once you are aware of something you need to change, you've already started."

Happy new year to every part of you.