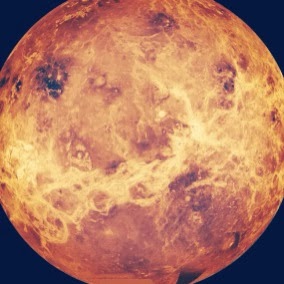 To my diary, Shirley, on this cold, grey evening:

Oh Shurl Shurl, the moon has been getting bigger for a week now - this big giant moon, low on the horizon, all orange and ominous and friendly and unreal at the same time #prettypicturehuh, and tonight it's full and shining a light on me.   #spotlight #shinebright #tonight.

I feel like the world has collapsed around me, only it's I who have collapsed and that it might just actually feel good to break a little.  #namaste.  Do you know what I realized Shurl? There's something called "truth", and I ain't it.  I've been too much of a perfectionist to admit that the person I'd made myself into wasn't perfect #hardly, and have had trouble accepting simple logic and reason #selectivelystupid because to do so would break me as a person - figuratively, like a brittle shell of preconception, crumbling off me and exposing raw, newborn flesh.  #imnotbeingdramaticshirley.  And then I'd be forced to walk around naked until the skin healed...#okyesiam.

And for the first time Shurl, I can see the imperfect self that I am, and not think that it has to be fixed, which is crazy, because I'm a fixer - you know, a computer-fixing, problem fixing, you-spill-your-drink-and-ill-clean-it-up kind of guy.  #icanalsodooilchanges. And fixing also includes forcing yourself to believe certain notions and uphold certain ideals and be the kind of guy that shouldn't be hated - well, so that you're not.  #obvious.  But the glaring problem is, my lovely little denim-bound lassie - you can't fix everything.

You tried to tell me for some time that this epiphany was coming.  And I should have trusted you, because you are, after all, always reading my feverish scribbles onto your virgin white flesh, like being written on is your only purpose #itis #dontmakemeupgradetoleather.  Because you were right Shirley #dontrubitin.  I'm not sure I understood the concept until now.   Some things don't need fixing - not in oneself or in other people either.  I thought I was owed an easy and perfect world for some reason, Shurl.  That was more stupid than I care to admit to anyone other than you. And, feeling stupid is not an easy one for me.  #stupid #eraselater.

But the moon is still up and I think, hold on a second...yes, it's actually brighter now.  If I move my head back and forth I can see its craters peaking out on either side of a building in between she and I. The moon, I mean.  #iwastalkingaboutthemoonshirley #whenisaidshe #stopit #theresnooneelseinherewithus #sorryIgotpoeticwithmypronouns #geezyoureskittish.

The moon has always been my friend.  Always outside my window while I tried to sleep, following me in the car, scaring me with weird shadows and encouraging me to dream about what was possible the next day.  I think I've ignored her #yesShirleyImeanthemoon for a long time.  I wonder if she missed me as much as I missed her?

But she's here tonight and it seems like once we get through the nervous small talk, it'll feel like old times.  We've shared a lot, the moon and I, and I think she knows me better than anyone.  Right now, in the light, I can see and, tonight, I expect I'll dream.  #dontmakebarfingnoises #bitch #notopeningyouforaweek