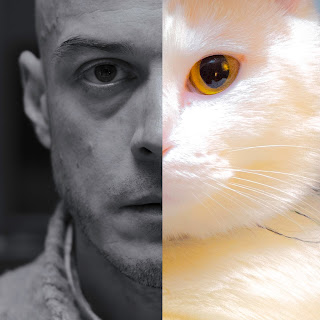 So, the weirdest thing happened a couple of weeks ago. I finally took my almost-one-year-old male kitten to be neutered because a friend had me petrified that, at a moment not known to me—but soon—he was going to start spraying piss at me like a Gila monster sprays venom, literally poisoning me with a fine urine mist and likely ruining what was previously a perfectly nice couch. I say I "finally" took him because I live in Brooklyn. And, anyone who has had to take a cat to the vet via subway, bus and/or car, knows it's actually easier to cross the Sierra Nevada riding on the shoulders of a paraplegic grandmother. So, to the cat freak out there eating cookie dough and petting <insert your own cat's name> who's already saying "Well, he's almost a year old! If you cared about him and any of God's creatures even the slightest, little bit, you should have done it already!" in that whiny voice I know you use when you're angry (the same voice your annoying cousin <insert name of annoying cousin> uses)—Don't neuter-shame me. You can slut-shame me. But the neuter-shame will send me into a spiral.

So, anyway, to set the stage, I have two cats: Juno, the feisty older-by-a-year sister of our neuteree, and Zeus, her now-neutered brother. Now, when I say brother and sister, I mean it in the Southern Baptist way—like,

"Brother Zeus, won't you come share a table with me and talk the scripture? It's all organic and grain-free. We'll have to use this one bowl because we're poor and God hasn't provided us with a bowl-a-piece. But, each day, the Lord doth provide these brown nuggets that give us strength to carry on! Hallelujah!"

They're not actually related. Nobody wanted either of them. So, I took them and made them my unwilling children. "Sing louder Juno! Daddy can't hear you!"

OK. So Zeus gets neutered and had to wear one of those ridiculous cones on his neck. I'm pretty convinced that whomever decided to put this particular size of cone on his head was either on LSD, making LSD, or thinking about making LSD. Given how far it protruded past his face, I would have had to put his food in an 8-inch tall, 2-inch wide bowl and then lower him by rope down over it for him to even get a bite. But, I'm off on a tangent. The point is that my cat, with this oversized cone on its head, was so squashed into his little carrier cage that I had to disassemble it to get him out, after which he dashed away like a drunken (anesthesia) bullet, running into everything cone-first and violently bending and contorting his neck in the process. While this was happening I was frantically trying to catch him and convinced he was going to hurt himself. Juno, however, was like, "Who's this bitch trying to commit suicide?"

She had totally forgotten who he was. Four hours beforehand they were cuddling together and playing tag, and now they were total strangers. Right away, I googled to see what the hell had just happened, hoping that whatever it was had happened before and that I was not a poor (but brave and beautiful) pioneer in the realm of feline relationship amnesia. And for some reason I began visualizing myself in a bonnet and apron, riding in a Conestoga wagon full of cats, heading west to find the rare and elusive plant to cure this new and strange ailment that God had beset upon catdom.

Turns out I was not a pioneer in the constantly growing field of cat psychology and, by pioneer rules, I had to remove my bonnet and return it to Old Toothy Joe, the camp cook. After that disappointment, I read more about this "Nonrecognition Aggression," as it's called. Basically, one cat goes away for a bit, usually to the vet, and when he returns, his smell is so vastly different that the other cat or cats in the household don't recognize him. In some cases, the residue of the disinfectants and other chemicals used during surgery can throw off the scent, and very often the cat just smells like stress because of the vet visit itself—its body putting out an involuntary warning signal to other felines that danger is looming. So, it's actually a pretty sad thing really because the cat who's been at the vet comes home expecting a "welcome home!" and maybe a couple of brotherly nuzzles, but instead the other cats are suddenly wearing leather, sharpening their nails and signaling to him with mock throat-slitting gestures that if he thought the vet was bad, he was really going to hate it when he was being attacked by a demonic, whirring and blurry cloud of slashing paws and claws, accompanied by a cacophony of howls and growls that sound like a miniaturized lion who's just breathed helium.

As I watched (but mostly yelled, pleaded and shook a can full of pennies - the Thunder Can as I call it) for nine days as my cats reacquainted with one another at the pace of dating in Victorian times but with far less civility, I began to think how funny it would be if this happened with people. Imagine two people forgetting each other entirely in the space of a few hours. Obviously, if we worked the same way as cats, nuclear war would have destroyed us all long ago. But, the possibilities are kind of funny.

Imagine for example, Ronald, a 45-year old software executive. Ronald has been married to Becky, a 43 year old accountant for 23 years and they have two lovely (well, that's what everyone says to be polite) children, Sally Ann and Ron Jr. Doctors recently discovered that Becky needed open heart surgery to repair a torn valve. Even though he and the children were nervous, Ronald had given Becky a gentle kiss on the forehead before she was wheeled into the OR, assuring her it would be OK. The surgery was expected to take 6 hours and finally the doctors came in to tell the family that Becky was fine, but weak, and would need a lot of help when she got home, at least for the first couple of weeks. After another hour, they are allowed into Becky's room in ICU.

Ronald walks into the room quietly, holding a bouquet of roses, Becky's favorites. As soon as he gets a few steps in, he knows something is wrong. His nerves are on edge and he feels like he could jump out of his skin, but he doesn't know why. Pulling back the curtain around Becky's bed, he figures out what's bothering him.

"Who the fuck is this bitch?" he screams as he lunges at his sedated and helpless wife and plunges the stems of the roses right into Becky's fragile chest wound.

"Ronald? Is that you?! What are you doing?" Becky screams in pain.

"How do you know my name succubus!" Ronald wails as Sally Ann hisses loudly at her mother and Ron Jr. cowers in the corner, spraying urine on the wall.

Or how about little Judy who fell and sprained her knee on the playground, only to return to her third grade class to find Mrs. Snuggleman and thirty spry children ready to do her in? Poor girl spent 6 days hiding in the coat closet without food or water.

Or Officer Bob who, after securing an assailant, forgot both his partner and the criminal and spent 14 hours swatting at them and growling each time they moved?

Or what about Great Aunt Edna, who had to run into the ocean to avoid the teeth of her nephew Alizar? She washed up in New Jersey and wished she'd died at his hands instead.

So, as you can see, Nonrecognition Aggression is nothing to sniff at. I guess maybe it does exist in humankind in some form, because I have grown to hate quite a few people on the subway in the summer. I haven't swatted at anyone yet, but I've been tempted.

Wait, who the fuck are you again?