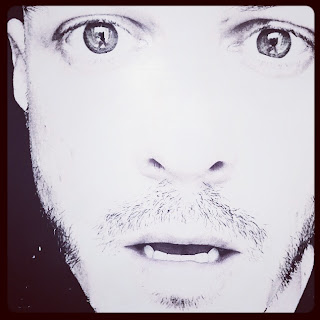 So, I've decided that, today, rather than constructing my words around a theme, I'm just going to write whatever the hell is on my mind.  I apologize in advance for some of the things my mind might say. Sometimes, I'm not even sure what's going to come out myself.  My mind has a big mouth and just says whatever it wants regardless of the situation. Sometimes I just want to smack it in the face, until I realize that we share a face.  And smacking one's self doesn't make much sense.  Nor does smacking someone else.   It just seems to cause problems.  I guess smacking is just a no-no all around.  And I guess that if I really wanted to, my mouth wouldn't just say what my brain tells it.  So, I guess I SHOULD just smack myself in the face, since the whole problem is me.  Now I'm just confused.

It's been a crazy few weeks.  Actually, I've been having a blast, but so much socializing definitely eats into my self-pity time.  I mean, how am I supposed to feel bad for myself in front of others?  It's just not done.  That is something you do alone, in a dark enclosed place like a closet or behind the thick drapes in the living room, with just your dirty t-shirt with which to wipe your tears and preferably with a cat who really doesn't want to be there.  At least that's the way I've always done it and so far, it's worked for me.  There's nothing more soothing than using a creature without thumbs and the ability to get away as a therapist.  They're such good listeners.

So, I'm constantly in this cycle of:

"I'm bored!  I want to see people to distract me - I mean I'll have fun because I love this person (or 'these persons' depending on the situation) but I'll have the added bonus of distraction!  Yes!  Wait, wait!  Don't start yet, I don't have a beer!  OK.  Now...go!  Distract away - I'm not listening."

"Oh sweet dear baby Moses!  Do I look like I just want to spend hours having you distract me from the things I need to get done to feel useful in this life?  If I need a little time to just stare at a wall like the fucking Olympics tumbling competition is happening in front of me for, say two or three hours, why can't you just entertain yourself?  And, can I please just get some crying-alone-in-the-bathroom time to myself?  What do you mean you don't cry in the bathroom? What are you, a politician?"

And then, in my mind, it's "If it wasn't for you, I'd be writing or creating or basket weaving instead of just talking about basket weaving. Oh wait, I have time to create - where'd you go?!  Let's talk about what you're doing instead."

Yeah, that's pretty much it.  A self-fulfilling prophecy of keeping myself active enough to FEEL like I'm doing something, while really I'm just not doing ANYTHING at all about it so that, later, I can grab the cat and get under the bed.  She's so cozy.

So, maybe you've noticed that I haven't written a new blog in what, two months? (maybe you need more people to distract you)  Or, has it been three months? (stalker).  If you know for certain, then we are no longer friends, because I don't need someone else pointing out my mistakes.  No ma'am, I've got that one covered.  And, if you think you can do a better job at it than me at it, bring it. I work alone baby, and I'm a professional.

So, now we get to the interesting part.  See, I realize all of this.  This self-sabotage and subconscious denial.  But, the reason for it all isn't yet clear and it makes me feel blocked.  I'm pushing through it and you, my dear friend, are now the recipient of what will hereafter be known as the "I did this to do something blog" oftentimes referred to as the "guilt blog".  It may feel weird that you've spent the past two minutes reading just to get to this place, where you're realizing that I'm typing words onto a tiny little modern laptop just to remind myself that I will not end up spending the rest of my life as your standard-issue corporate hack.  Not that there's anything about employees of big businesses that is shameful or lacking...at least not at the ranks that I'm in.  People in middle management or below still seem to be able to maintain a sizable portion of their humanity - a trait that seems to shrink as people move up the ranks, taking advantage of the corporate caste system of higher-ups and...the "do-bies" as we call them at work.

"Sir, just because you make five times my salary each week, does not give you the right to look at me square in the eyes and demand a yellow vitamin water.  You don't drink any other flavor? Well, you will today, because I'm picking you up a Hi-C instead."

The point is that I realize I'm crazy.  And no matter how many people tell me that we all are, I don't believe it.  Can we all be working through similar issues?  If that's the case, there are probably a lot of cats struggling to get out of closets right now.

So maybe I won't be crazy anymore.  Maybe I'll just figure shit out, as difficult as all that seems.  I've been seeing a therapist and she tells me that I just need to step back and remind myself that things are different than they used to be and that I'm in the present. That's basically the philosophy - although there are all kinds of acronyms you can use to remember it.  My favorite is PHALT.  It was previously just HALT (are you Hungry, Angry, Lonely or Tired?), but my aunt added "Pee" to the beginning after a long road trip we just had.  In the end, we're supposed to remember that lots of little decisions, some made by us and some by others, have led up to this point and that the way things are is not totally our fault. However, if we're not happy with where we are right now, it's our responsibility to change it.

And, I'm trying.  "I'm baby-stepping!  I'm doing the work!"  (200 points to the first person who comments on this blog with a correct guess as to which movie that comes from.)  And baby steps are what it's all about.   I took a giant step a few years ago and, although it's worked out pretty damn well, it's taken me a long time to build up the courage to make another one.  And the screwed up thing is that it's not what you'd normally consider a big step that gets me worried.  It's the ones that are big to me.  I'm not afraid to take on anything that only requires my intelligence or physical work.  But, if something requires a leap of emotional faith, I'm not always capable.  I just don't think I'm ready for another major setback just yet.  I'm liking things just the way they are and I don't want them to change.  But, I realize that change is almost always good and that there's a reason for every new challenge set before us.  I just sometimes wish it was easier to take that leap.

And what it all comes down to, as tired and cliche as it sounds, is loving yourself enough to know that you'll be OK, even if you lost everything.  I don't know if I would be OK at this point - I think I would be, but how can I be sure? But, then again, would any of us survive if we lost absolutely everything.  On the street in Manhattan yesterday, I saw a homeless man, slumped in a corner, huffing from an aerosol can of cleaner.  Over and over he sprayed it into his nostrils.  Then, he just collapsed and lay there motionless.  I guess it's his version of hiding in the closet, wiping his tears off with his t-shirt.  He lost everything and this is what he became.  Logic tells me that I would never get to that point.  And, my personality basically assures it.  Because, as weak as I feel, I'm stronger and braver than I give myself credit for.

This week, I've researched my Chinese zodiac sign (Tiger) and my astrological sign (Scorpio) and a number of other starry-night-kind of influences that helped shape me in the womb.  They all point to one thing - a strong desire to be something and the conflict of wanting to do something so important that nothing I ever do will ever be good enough.  Sounds like fun.  Let's get started.  Let the inevitable disappointment begin!